This game is an  interactive visual novel
about an amateur game developer.

The story tells about the main character
emotional and professional process  in making a game
while trying to maintain a "normal" social life.

In the game every choice you make, matters.
Choose your answers and interaction wisely .
Lead the game and the story to multiple  different possible endings.

The game includes a lot of geeky Easter eggs!
(make sure to tell us how much of them you found)

Have fun !
If you want to see more games like this
make sure to  donate us.

Contact us if you want merchandise from the game -

This game was entertaining and I loved the brevity and amount of choices.

The small text after the option choices was such a great touch!

It really felt like you could choose who you wanted to go for, and impress them or strike out.

The tests were hard, which was great! The stakes weren't too low.

The stats raising, minigames, and work related side-quests were fun.

A lot of the point and click actions at the beginning were redundant (like finding sugar for your coffee). It felt like you were being forced to do tasks that didn't translate to any gameplay.

The ending didn't seem to directly correlate to my choices or to my stats. For instance, it said that I wasn't sure that Kurt was the right guy for me, even though I got his test right, we spent the night together, and I never had a negative interaction with him.  It would be helpful for the player to know a little more as to what went into the ending state calcs.

Sometimes I didn't want to waste my energy doing a task but there was no way to exit out or decline the task.

(*Also: I got stuck on level 6- When I clicked the phone after it rang, nothing happened. I couldn't click on the computer. I was only able to do this after restarting the level.)

Apart from the hopefully constructive criticism, I enjoyed the game a lot and thank you for creating it!

thank you so much for your comment and for the fact you play it !
I'm happy you enjoyed and I take everything you say and write it down - this game is a school project so I hope we can make it better on the future.
have a nice day! 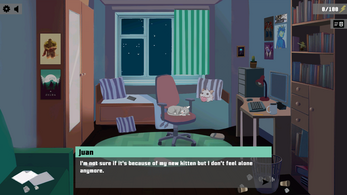 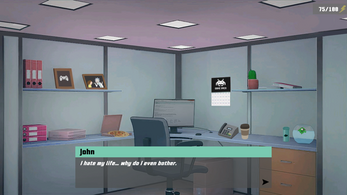 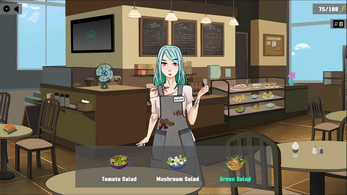 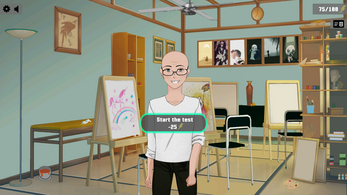 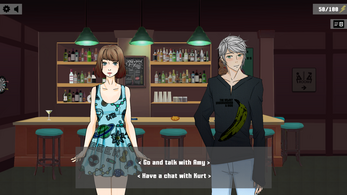